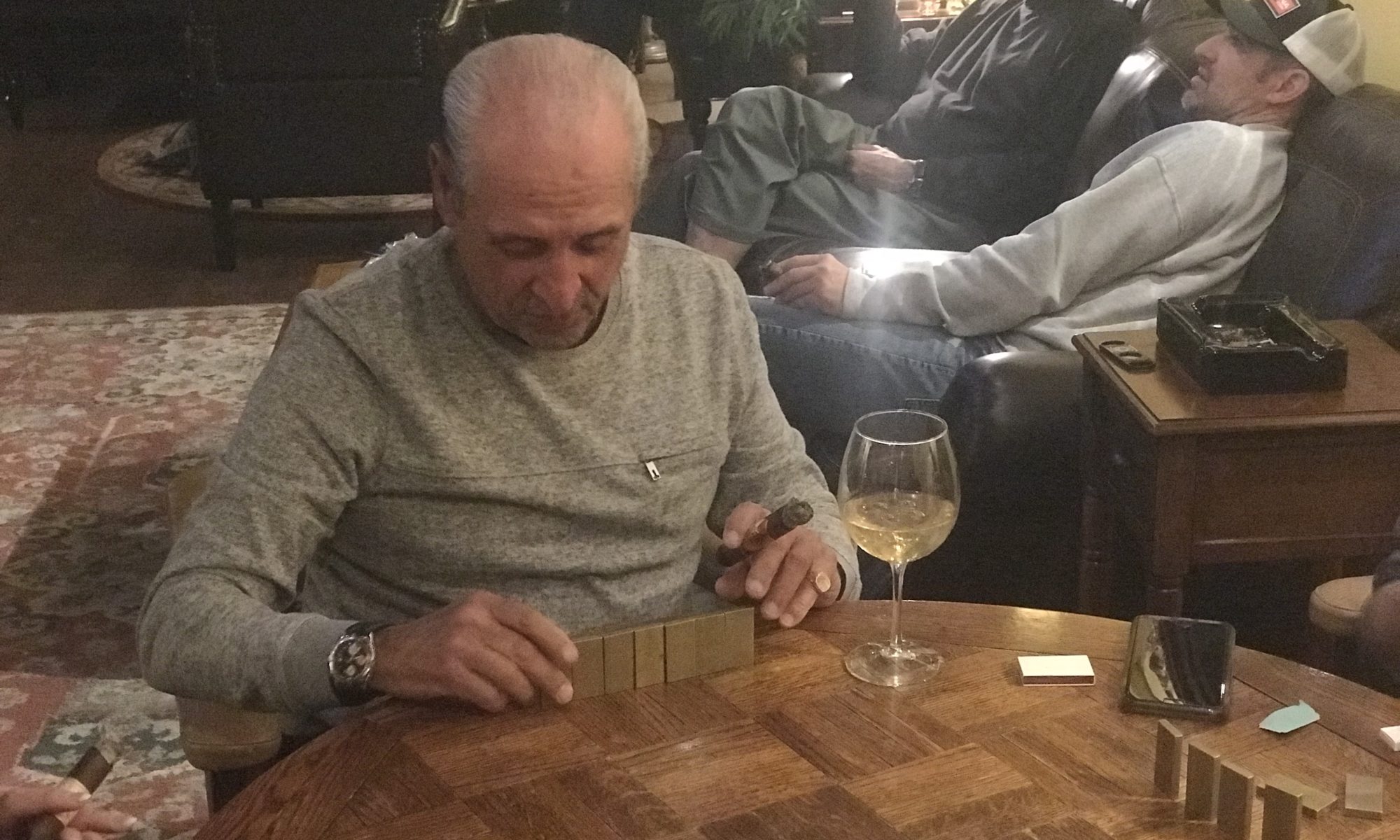 Nestor Miranda of Miami Cigar Company made his only stop in Montana at the Fools’ End Club to enjoy fine cigars and dominoes with the members. It was a special evening with Nestor, with one of the many highlights being Nestor gifting the USS Carl Vinson with a box of 100 cigars. One of the founding member’s daughter is currently stationed on the USS Carl Vinson and leaving for a tour of duty in 2018.

The Fools’ End Club members joined Nestor by adding another 200+ cigars to the gift, which we look forward to having the crew enjoy at sea.

Check out these photos of Nestor Miranda, along with our friend from PDX Cigars, Ed Ryan.

*Learn more about Nestor Miranda in this 2007 interview with Cigar Aficionado.